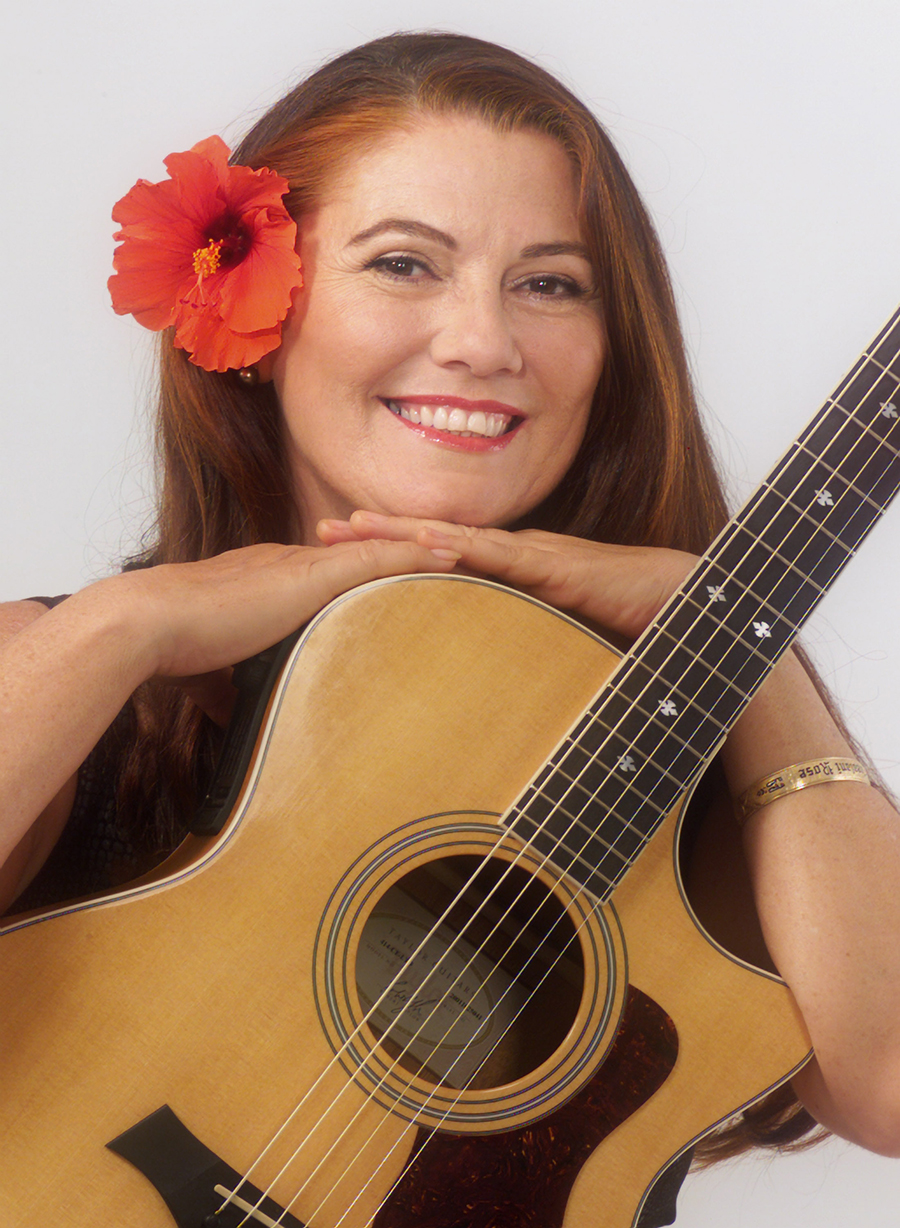 “Owana Salazar is an acknowledged Hawaiian favorite….Here, she embarks on a delightful, lilting journey, marrying her love for Hawaiian music with her appreciation for jazz.”  –Honolulu Advertiser

“Owana, crowned in fragrant plumeria, then took the stage with her steel guitar artistry, added some smiling talk story about the instrument’s origins and her own background, then switched to slack key, her voice as rich as her smile….The evening’s program described slack key as being played from the heart and soul through the fingers and the entertainers reached out to the audience, warming their hearts as well.” —The Maui News

Descended from Hawaiian royalty, singer Owana Mahelalani-Rose Salazar is currently the only known female steel player in Hawai`i and is among the few wahine (female) slack key players around. As a respected vocalist, kīhō‘alu (slack key) and steel guitarist, Owana Salazar possesses the ability to reach out in song to intimately embrace her audience. Her profound interpretations of Hawaiian classics, traditional and contemporary music, and jazz standards truly reflect her royal Hawaiian ancestry and upbringing in Hawaiian culture.

A multiple Na Hoku Hanohano (Hawai‘i’s “Grammy”) winner as well as appearing on 2 Grammy-winning CDs, she was the first Hawaiian musician invited to perform at the renowned New Orleans Jazz & Heritage Festival. Owana’s multiple talents allow her to create fusion between styles of traditional and contemporary Hawaiian and jazz performance without compromising the character and integrity of any style. Her graciousness and generosity the warmth as a performer and radiant voice makes each person in the audience feel the warmth of her “aloha.”