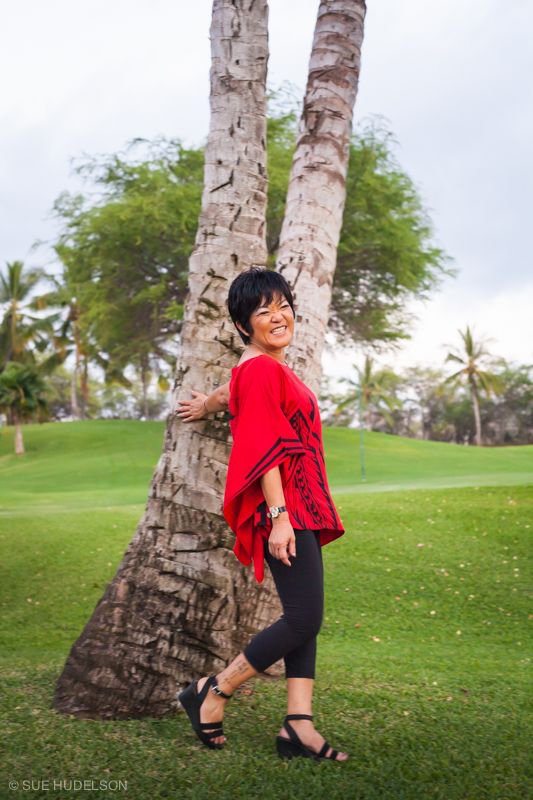 “Collins struck the common chord of humanity that unites these isles.” – The Maui News

“…a hula dancer’s grace, a beach girl’s strength, a comedienne’s body language …the sell-out crowd responded with glee and admiration for the bravura performance…While sidesplittingly funny at times, it was also soulful, tender and attuned to the details, from the most trivial to the most spiritual, of island life.” – The Maui News

“Her hands shot out from her hips and that raspy voice fired out, “Whassup!” The crowd erupted, the roof lifted, they were hers.” –Storyteller Jeff Gere

Kathy was a keynote presenter at the National Storytelling Conference in Waikiki and has appeared at a number of storytelling festivals. She was also the co-founder of Mana’o Radio, a local access Maui radio station, having begun her broadcasting career at age 17: “When I graduated from high school in the mid-1970s, stage or screen roles for 5-foot tall Asian women were few and far between. On the radio, I could play any role I wanted.”