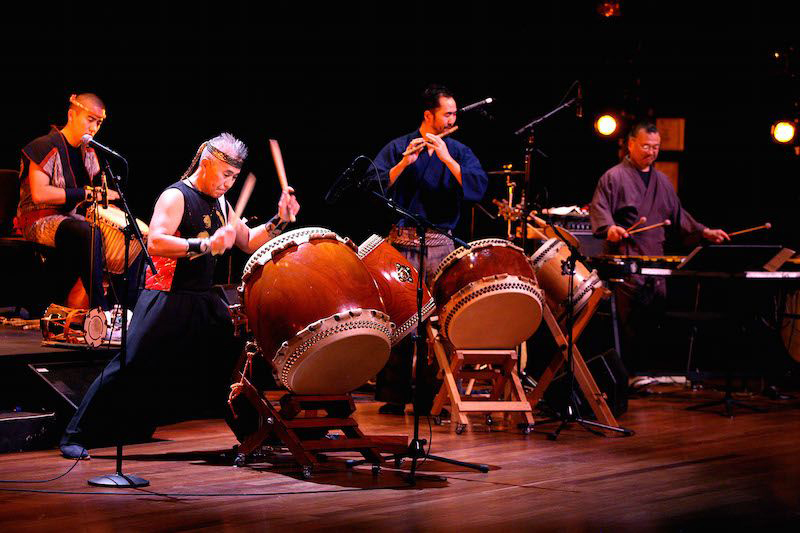 “His ability to interweave … traditional taiko style with … jazz drumming has enabled him to create an incredibly dynamic style of performing that captivated the audience and was literally breathtaking. “ –The Grateful Web, NY

Celebrating his 45th Anniversary in Taiko, Kenny Endo stands at the vanguard of the taiko genre, as one of the leading personas in contemporary percussion and rhythm in North America and in Japan. For 45 years, he has led the way in this Japanese style of drumming in the U.S. and will celebrate with his 2022 tour:  Breaking Through Tradition to Innovation: Kenny Endo’s Taiko Journey.

As a jazz percussionist and early innovator in Japanese taiko, Kenny Endo’s adventurous spirit stretches the taiko genre incorporating influences like funk, jazz, Afro-Cuban & Hawaiian, with roots firmly grounded in tradition. With 45 years of performing and touring, he continues to lead the way in this Japanese style of drumming. His performances are nuanced, brilliant, exciting!

Endo has received numerous awards and accolades, including special recognition in Japan—he was the first non-national to be honored with a “natori,” a stage name, in Japanese classical drumming and is still esteemed in Japan today. He has won numerous awards, was featured artist on 2005 PBS special Spirit of Taiko, as well as several film soundtracks (including Coppola’s Apocalypse Now), and was honored by the National Endowment for the Arts for American Masterpieces.

“… the concert was absolutely amazing. Each performer was a master soloist in their own right, and you all came together in a very special ensemble … all blended into a modern approach to percussion that I believe is unique in the world today.” –Chair, Dept of Music, Lafayette College

Yume No Pahu by Kenny Endo